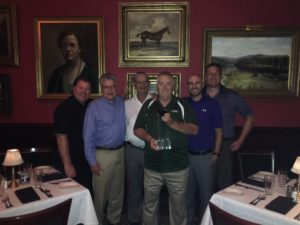 RKR, a well-respected rep firm in the Denver market, joined the Josam team in 2010.  There is no doubt that they have been faced with fierce competition in the Denver market and we imagine there were often times they wondered if Josam was a right fit for them.  For some time they have had their sights on one of the major mechanical contractors in the market.  While they knew that a strong relationship on the part of one of their competitors prevented them from landing this account, this never stopped them from calling on them and letting them know Josam was always an option for them should the need arise. When turmoil arose in the market and the competitive rep situation was dismantled, RKR has positioned themselves favorably over the years with this account and successfully landed it.  With the success in landing this account, the management at RKR had the foresight to know that with this business would come a very time consuming and high maintenance account.  Knowing that to sustain the demands of such an account, the management team dedicated one of their top inside sales people to handling the account 100% of the time on behalf of Josam.  Aside from landing this single account, RKR has done a terrific job in cultivating multiple mid-sized accounts to come to the Josam side.  Although there were days and even years, when we are sure that they often wondered if this was a dream or reality, the team at RKR has always had a clear vision for the Josam line. We are extremely grateful that they never stopped pursuing this vision, remained committed to our lines, have established Josam as a major player in the Denver market and for it, they are now reaping the rewards.